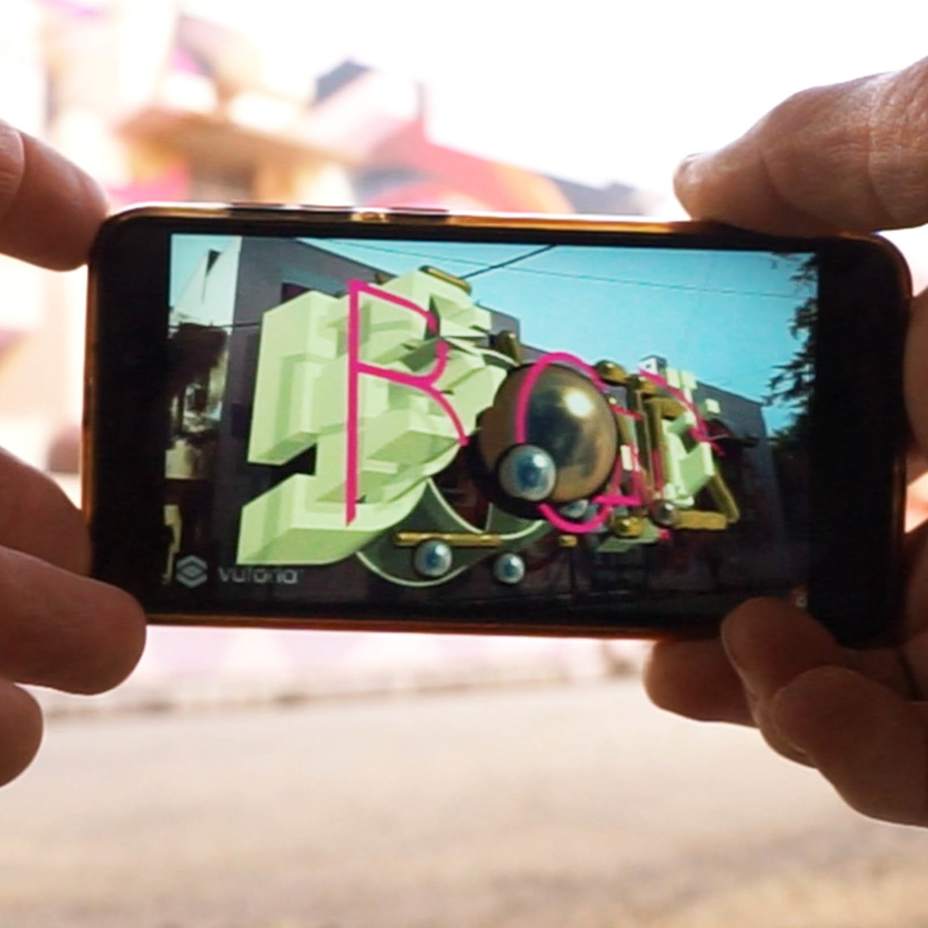 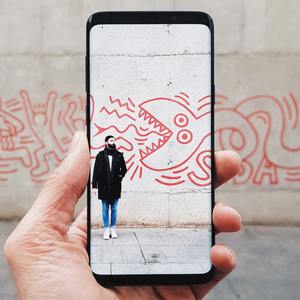 What is AR graffiti or street art?


Augmented reality graffiti, or AR street art, is the natural result of the combination of new augmented reality technologies and graffiti art. This fusion creates a mixed reality, where there is both the physical artwork (street art mural) and the virtual experience of it, usually accessed via an electronic device (tablet or phone) connected to the internet.

AR murals rebel against the overloaded public space, where all kind of signs battle for attention. They invite the observer to examine the artwork and the message behind it.


AR murals have proven to be a fantastic tool for advertising. They aren’t invasive or too in-your-face because they look like regular graffiti murals when viewed with the naked eye – but once a device scans the mural, the art jumps into life. Additionally, with the aspect of gamification, these murals can become hyper-interactive, causing your target group to playfully engage with your brand. An AR mural with a strong concept is a highly effective way of multiplying a campaign’s reach digitally and into social networks.

Although the technology has been around for years, the adoption of AR by the scene is just in its early beginnings. We envision many new art forms emerging in the public urban art scene, and AR graffiti artists, with the use of new AR technologies, will also pioneer the form’s usability, making it more accessible to everyone.

These are some of our top projects 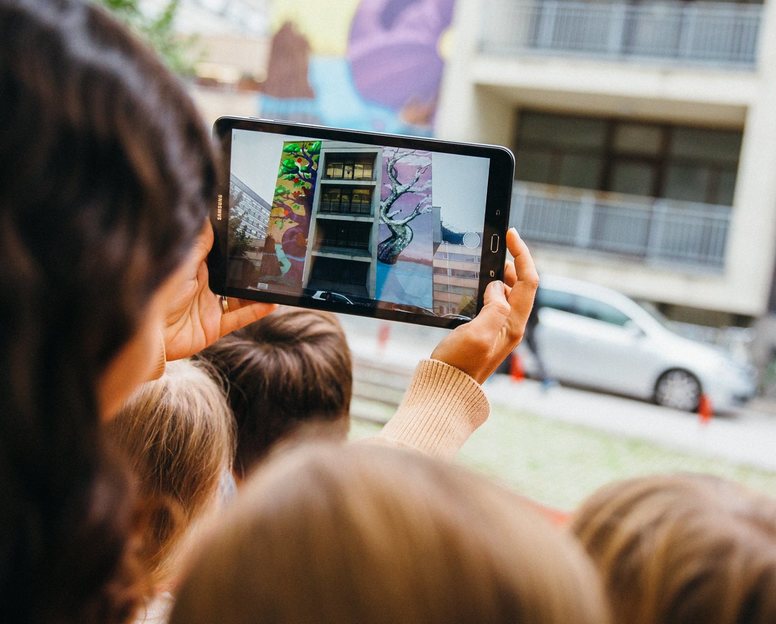 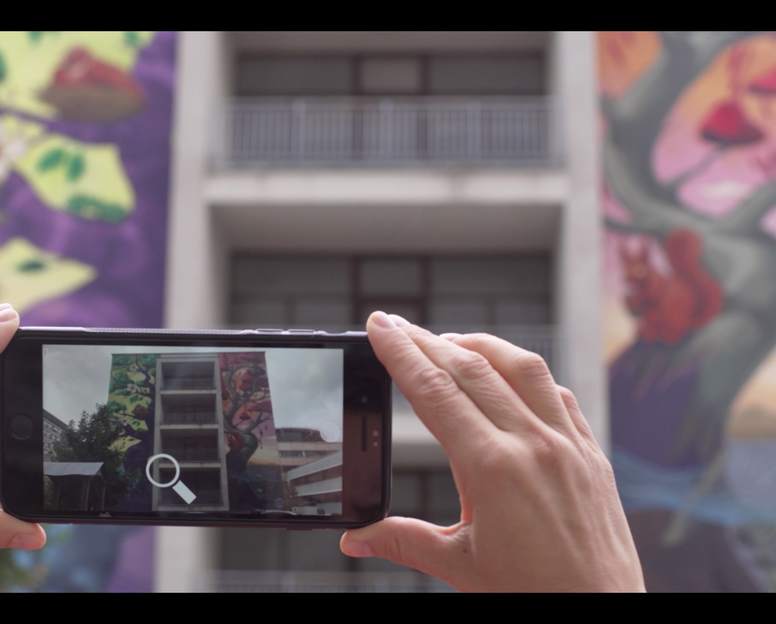 Why work with us

Benefit from our expertise at the interface of creative minds and brand goals.

Fast solutions and ideas for urgent pitches.
We understand your tight timeline and are ready to provide quick solutions.

+10 years experience with global brands.
We have worked with over 100 top brands in the past 10 years.

We take care of everything.
From finding the right AR graffiti artists and handling communication, to location scouting, city permissions, contracting and more, we’ve got it.

Value-based matching with the right creator.
We believe that the best creations are made when creators and brands are on the same page value-wise. We make sure this happens.

What our experts recommend 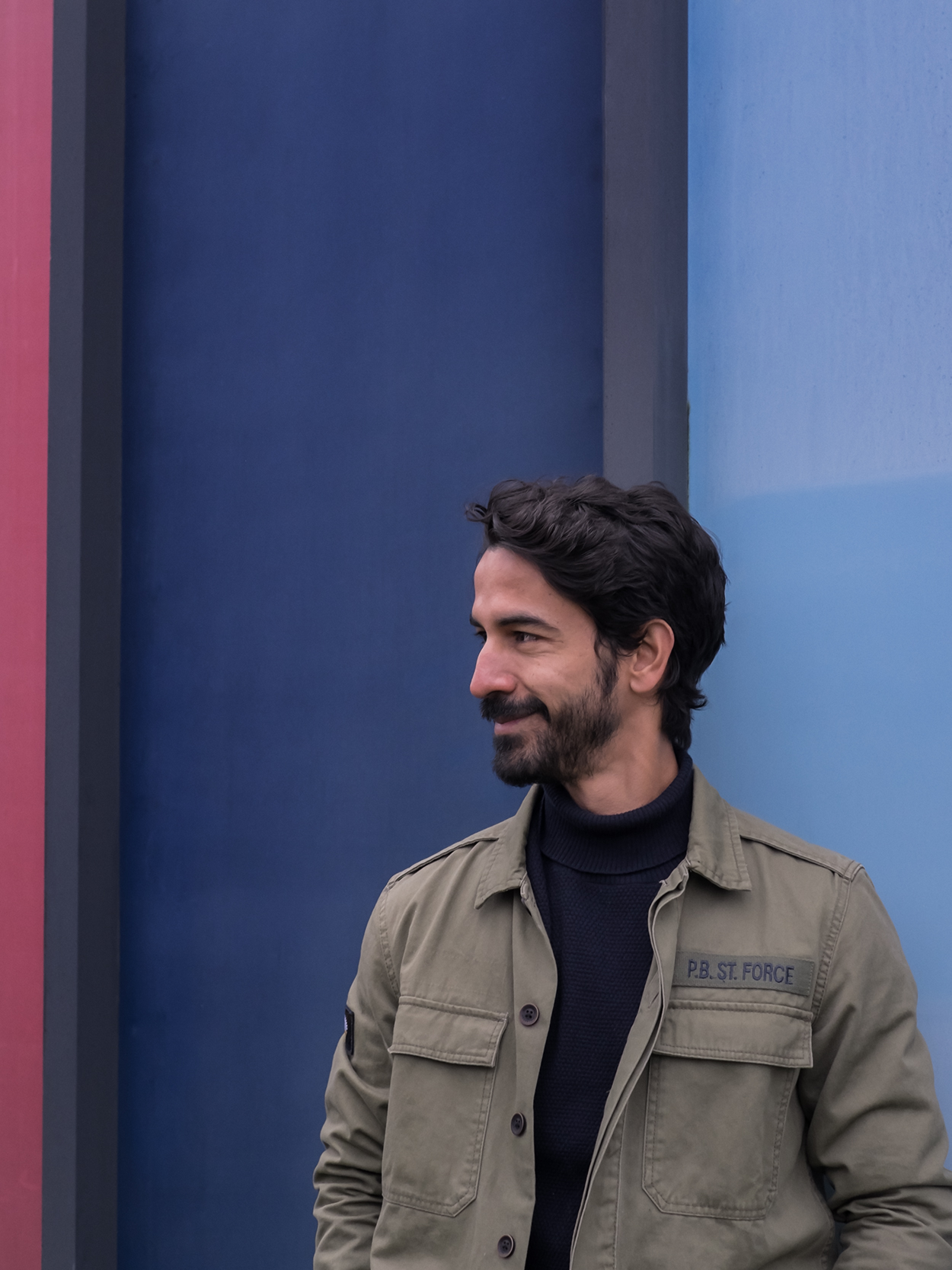 Augmented reality murals are for truly visionary, technology-embracing brands who see themselves as part of a forward-thinking crowd of innovators. In my eyes, the best way to go is to make your AR mural the star of your marketing campaign, with a bulletproof concept of how to multiply traffic through sharable content and a gamified engagement strategy. It is a whole new world to explore and pioneers will be gratified with visibility and reach.

The most successful AR marketing campaigns I have seen so far have the right dose of gamification to maximize engagement and measurability, as well as a well-executed hybrid campaign: online and offline. The most effective distribution channels for an AR-powered marketing campaign include: street marketing with an AR Mural or public installation, POS marketing placing the AR design on the packaging or product itself, and web-based promotion on social media.
Mario Rueda, Managing Director Basa Studio

Get in touch
to know everything about AR graffiti murals

We love helping brands and artists create beautiful outcomes together, and seeing both sides walk away with a smile.

Thank you very much for sending very detailed information after I sent my briefing. Including AR in our marketing campaign is indeed an amazing idea, that we did not consider before!
Last Lap agency, Lisbon

Quick answers to queries you may have

How is an AR mural viewed? How does it work?

Augmented Reality murals work with image tracking. In essence, it’s like scanning a QR code. For an AR mural to work, you need a smart device such as a phone or tablet, on which you can open an app or AR web-browser. You then enable this app to access the camera, and the camera recognizes certain patterns on the mural. This image recognition works with contrasts. The app is basically trying to read the contrasts in an image, in order to match the image with its assigned content. Once the image is recognized, the content that was pre-assigned will appear. This content can be as simple as a static image, or as complex as a sophisticated animation powered with gamification.

How long does an artist need to produce an Augmented Reality street art mural?

This depends on the size and scope of the project, and the complexity of both the mural design and the AR animation. Painting a 30m² mural can take an artist up to 5 days, then a simple AR digital animation can take another 5 days. We always recommend allowing some time (1 to 3 days) to test and refine the mural. We estimate that, in total, a small-scale project would take at least 2 weeks.

How much does it cost to produce an AR mural or installation?

The cost of an AR mural depends on its complexity. We estimate that a non-branded 30m² AR mural would cost around 15,000 €; this price includes all the elements, tools, equipment, and designs needed.

What are the use cases for AR in the fields of marketing and advertising?

Augmented Reality has several use cases in the fields of marketing and advertising. Primarily, it helps brands provide more information to the customer, who simply scans a package, flyer, business card, or even a social media post. AR is used to share additional tips, advice, or instructions about a specific product or service – without needing additional physical space, given that everything is delivered through a smart device and hosted on the cloud.

What is the benefit of using an AR street artist in an out of home advertising campaign?

When using a street artist who understands Augmented Reality technology, your OOH advertising campaign reaches a new level in terms of interactivity with your audience. You can also share a greater amount of content with this audience as they respond to the mural by scanning it.

How can I measure the ROI of my advertising campaign if I use an AR out of home mural?

There are several ways of measuring the ROI of your out-of-home advertising campaign with AR. The most popular option, and our recommendation, is gamifying the AR animation so that users are prompted to take an action. Those actions (clicks, answers, conversions) can then be measured against the campaign’s goals.

Our global network of visual artists is constantly innovating, using a variety of materials, methodologies, tools, and concepts – from strokes of paint to snippets of code. 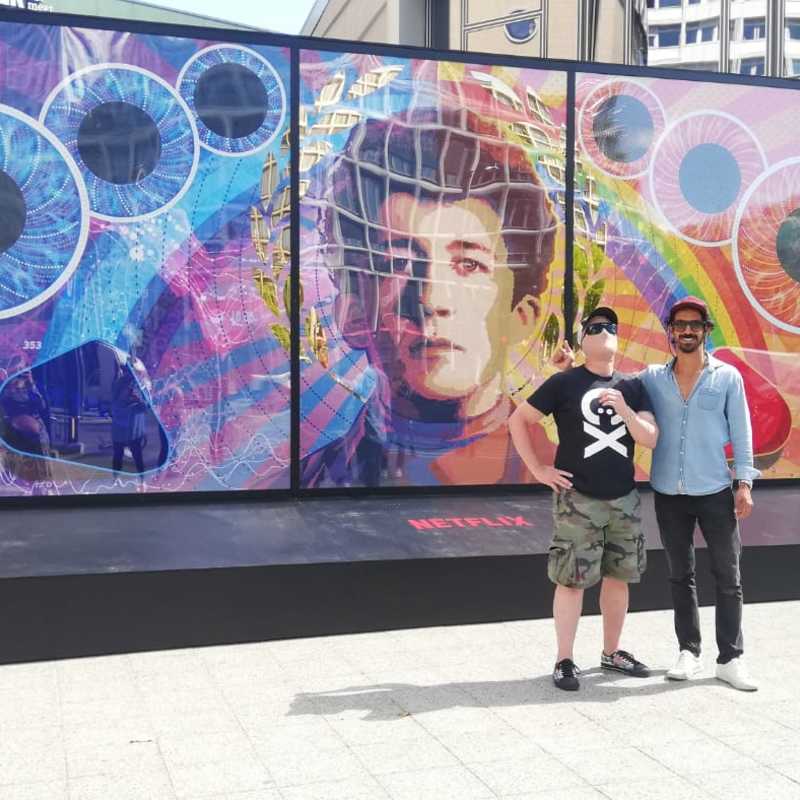 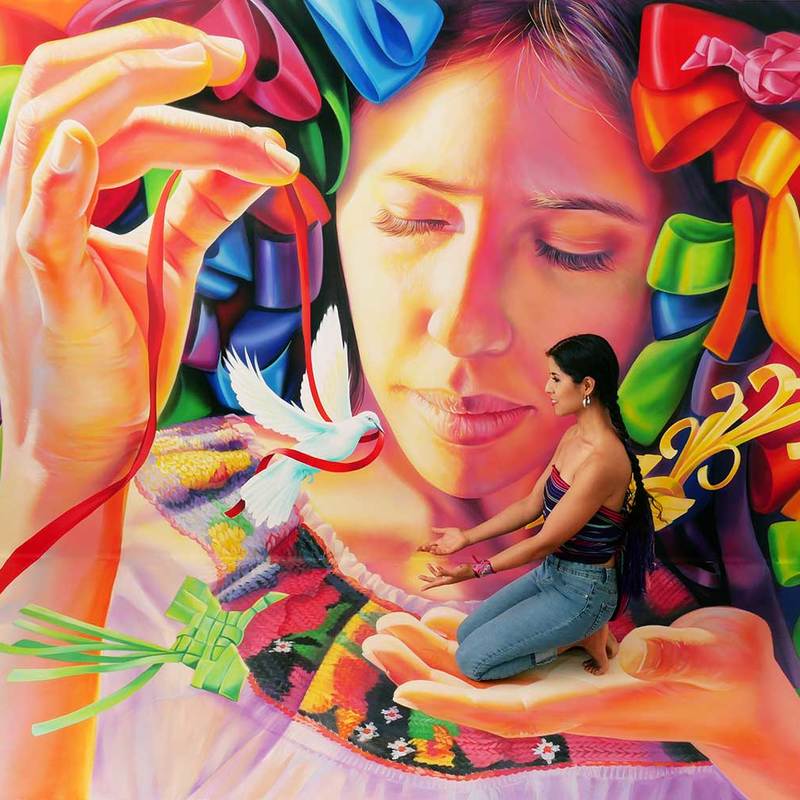 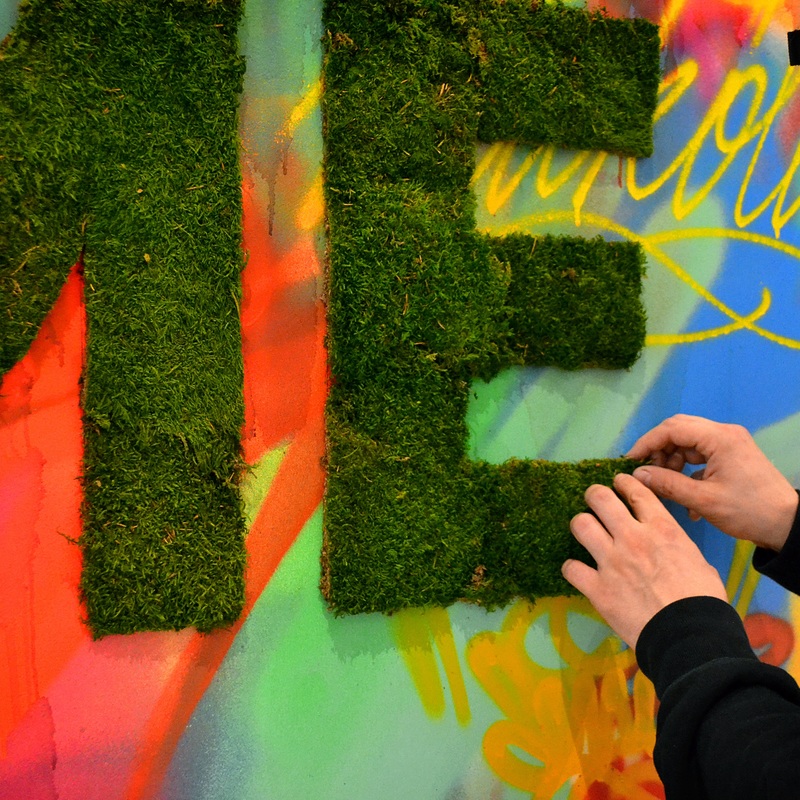 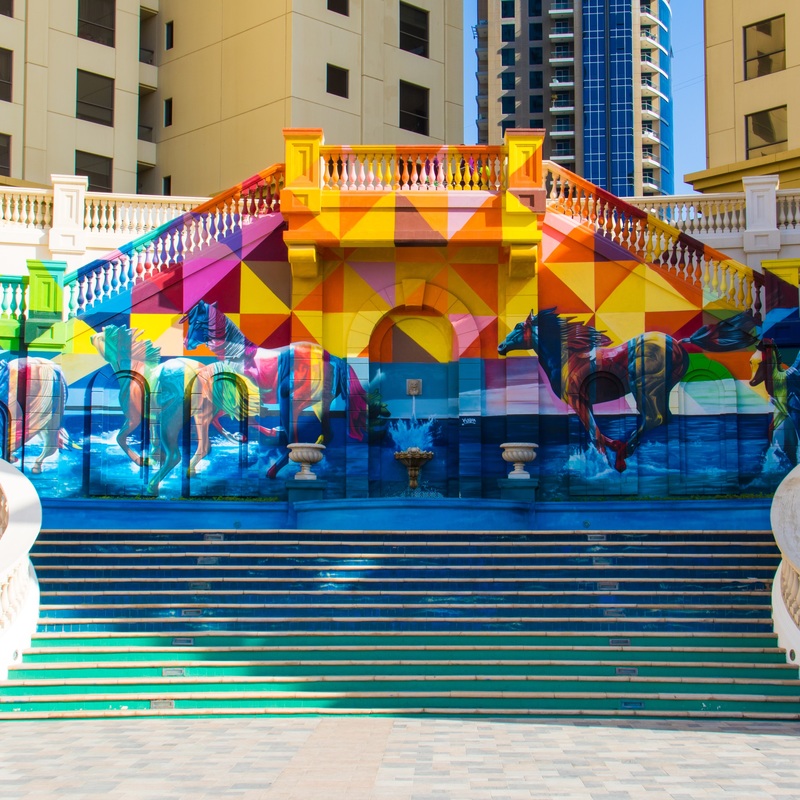 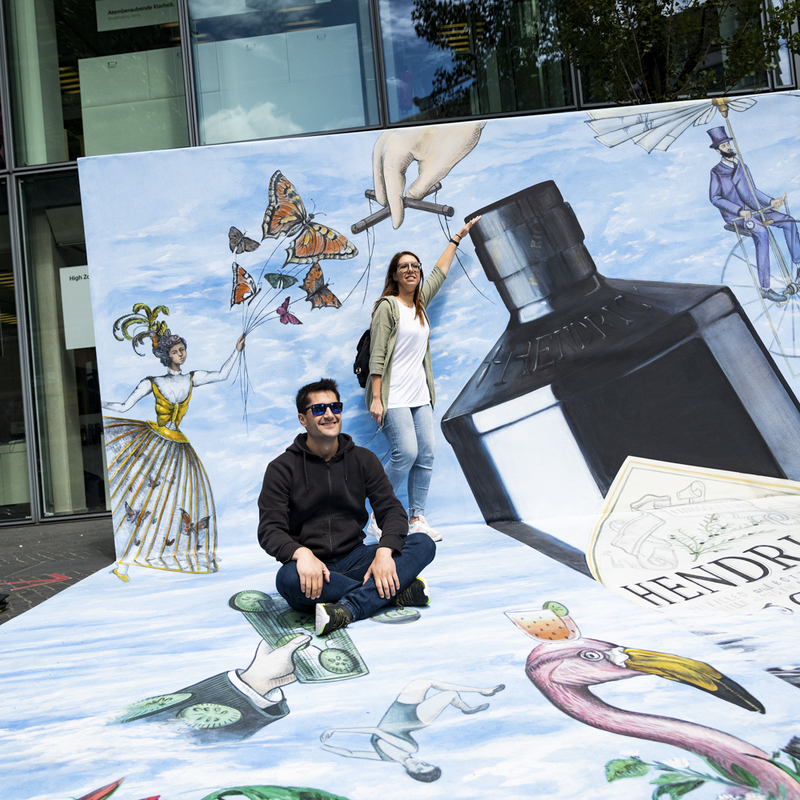 Feel free to reach out to us for any of our services above. We're also open to requests for topics beyond those we've listed. Our team in Berlin will get back to you as soon as possible. If you already have a specific project you'd like to brief us on, please click "Send briefing". Talk soon!