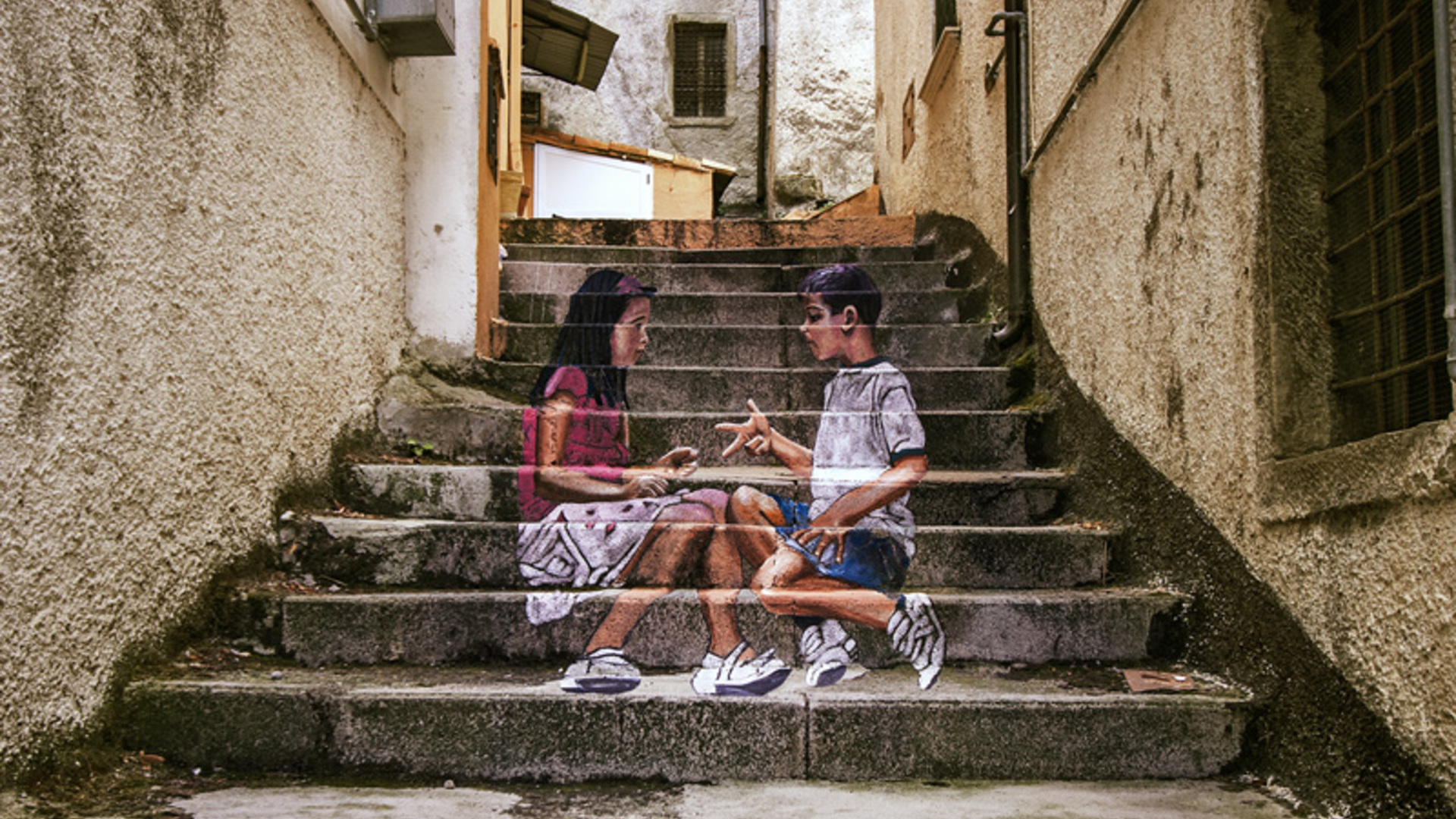 The world of 3D graffiti is quickly evolving as it takes its place on the walls and on the streets. Masterfully occupying a space between chalk and paint, techniques inspired by different art movements are bringing the work of 3D street art artists to a new level – beautifying our environments and our lives.
Graffiti was traditionally interpreted as damaging an administration's property, regardless of its type or artistic merit. Naturally, this made finding paid work difficult for 3D street artists, who were branded as some kind of outlaws. However, through the efforts of the community, public authorities have begun to recognize 3D street art and its creators as essential sources of creativity and representation.
Now that the form is more widely accepted, 3D street art artists find themselves in a useful situation that enables them to educate the public on their craft. This encompasses different forms: sidewalk 3D street art and wall or mural 3D street art. Often the artists specialize in one of these, directing their energies towards developing their distinct style and finding the meaning of 3D street art for themselves and the community.
The key aspect of 3D street art is that it transforms 2D flat surfaces into incredible 3D scenes where the viewer can quite literally step into the art, offering multiple facets of interpretation. Fantastic at catching the eye, 3D street art makes its mark through optical illusion and uses a combination of unusual colors to expand imaginations across the world.

The expression of the streets

In its essence, this art form sparks the imagination due to the ability of 3D street art artists to magnify their work’s political and social commentary. The movement is typically distinctive from traditional graffiti. It sees many subcultures come into the fold and often starts a discourse about old models of advertising. Both 3D street art artists and their critics have labeled it the expression of the streets, an expressive resistance to normal adherence to traditional art forms as well as adherence to society.
In 2010, renowned 3D street art artist Kurt Werner used his talent to create a piece that protested against the production of genetically modified crops. The work depicts protesters among crops and livestock and helped Greenpeace collect one million signatures on a petition against GMOs.
3D street art is a meticulously planned yet spontaneous form; viewers feel the art’s transmission of character and energy. At the same time, the form allows for individuality, and each creator makes work that echoes their personality. 3D street art artists have opened up cultural and creative understandings, flirting with our sense of reality to produce an irreverent aesthetic.
When commissioning a 3D street art artist, it’s best to create a shortlist based on the concept being executed. Whether it’s social and political commentary, particular branding or a site-specific piece, it’s important to choose the creator carefully as the art produced will become the topic of many conversations.

Across the world, concrete is the usual background 3D street art artists use, but through the form’s fluid progression street signs, labels, cars and all other types of infrastructure have also become canvases. Some pieces take up entire facades of buildings while others occupy a small frame of the subway, using an extremely detailed touch to create work that intrigue and elicit emotional responses from passers-by. 3D street art artists like Manfred Stader consistently create work that takes shape on a multitude of chosen backdrops.

As the world becomes familiar with 3D street art, it increasingly synchronizes with culture, environmental and social issues. Popular art galleries like L.A. Louver attract crowds of art tourists, and in recent times 3D street art artists have also claimed their space in the art market. Technology has allowed for 3D street art to reach audiences everywhere, with social media making these artworks viewable by people all over the world, some even becoming travel destinations.
With this, the role of the 3D artist has also changed; they become performance artists during the creative process, as passers-by receive a unique “behind the scenes” view of the making of each piece. Artists can engage with a spontaneous audience, build excitement around their work, and answer questions about the artform. Moreover, 3D street art artists act as architects through rearranging the aesthetic of a communal space.

The street has always been a platform for expression, protest, and revolution. 3D street art artists connect history to the present day, using a medium that facilitates discussion between those who hold power and the public. Protest and change take place through the demand for more colorful spaces, and the color itself becomes a reclamation of the streets’ authority. 3D street art artists make the city a 24/7 art gallery that reaches a casual audience and accomplishes mass communication without having to go through regular media channels. The artworks replace pollution caused by advertising, while some creators collaborate with companies to refine their brands and increase their influence. With the rise of the art form come many artists like Eduardo Relero who represent the inspired pursuit that 3D street art artists work towards – and whose talents inspire the imaginations of others.