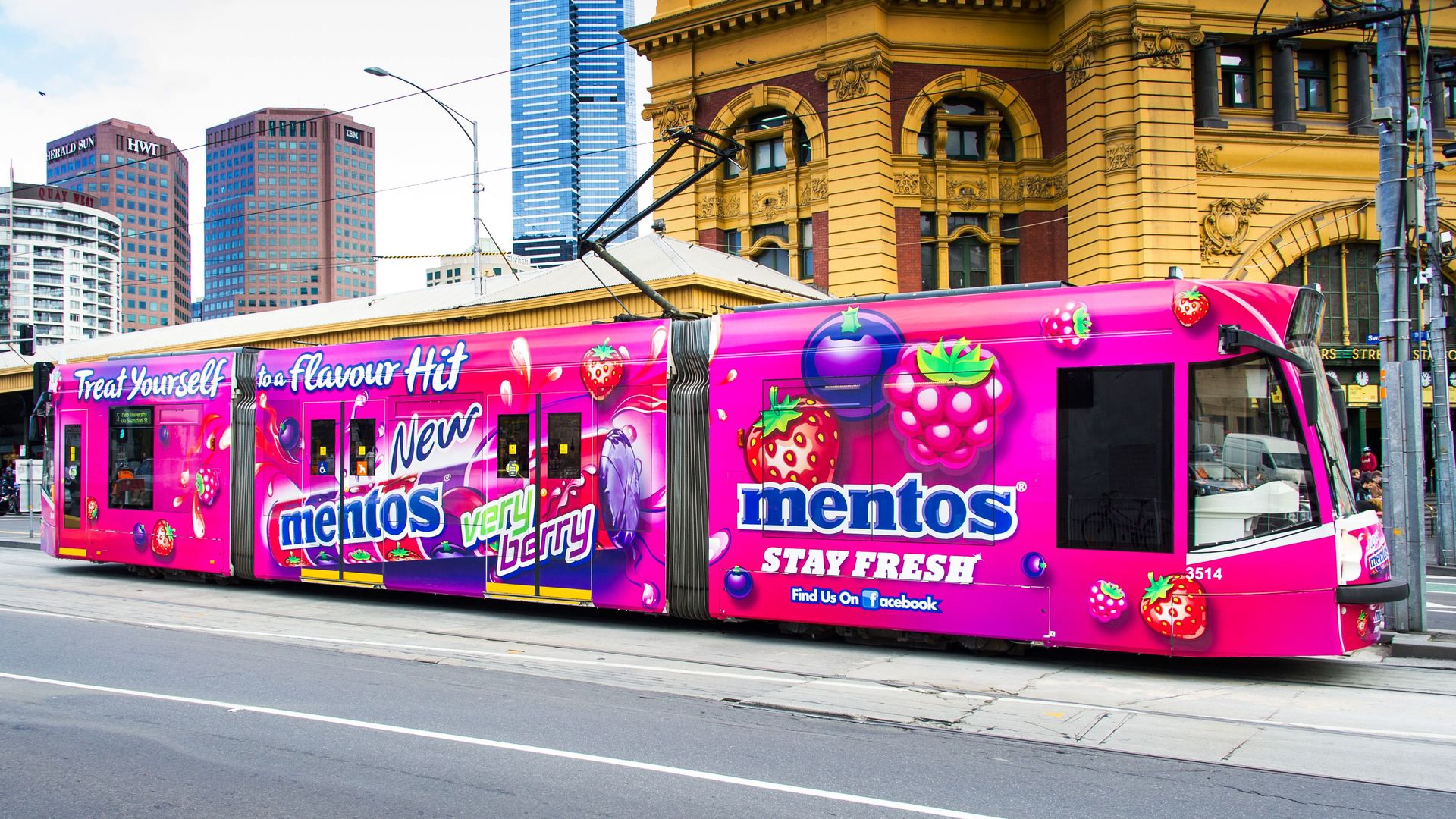 An integrated purpose: types of street and guerrilla marketing

Street and guerrilla marketing are terms synonymous in their meaning as well as their desired effect. This type of marketing combines pure artistic expression with the promotion of an idea, generally outlined by a company or foundation. Different types of street and guerrilla marketing are ideal options for both small and large companies that seek to attract customers with cost-effective campaigns. Additionally, this type of marketing tool allows for the influence of different agents, like social media, which create a discourse that serves its purpose by helping the brand achieve success through the impression each campaign makes.
Street marketing is becoming a foundation of urban environments, as well as a means for informal communication between the public, companies, and government. This type of artwork was once a part of counterculture movements, and while still carrying remnants of this, it has evolved into a marketing tool for a variety of industries. Street and guerrilla marketing is a way of transforming what is often ordinary into an expressive artform. Finding effectiveness in simplicity is an integral part of the identity of street and guerrilla marketing. Those who walk, drive, cycle past a campaign need to be able to understand and digest it quickly to help create a network effect. One legendary moment in street and guerrilla marketing was made by glass company 3M, which utilized a mixture of ambush and projection advertising by placing $3 million dollars inside a Canadian bus stop to promote their new security glass technology. Passers-by were challenged to attempt to break the glass – using their feet. Although the challenge was just for one day, the hype it generated was significant, and there is still online debate about whether someone managed to break it.

Street and guerrilla marketing are contemporary practices that prize themselves on creating a grid of art that speaks to the hidden story of a city. In its essence, guerrilla art was formerly an outlet for artists to express what the public deemed a destruction of property. It is this outcast-status that resulted in the art becoming resilient, displaying its critique in public settings such as sidewalks, bus stops, buildings, and other urban environments. Yet as street and guerrilla marketing has become more widely accepted by society it finds itself at a critical junction where art and marketing can come to share a level playing field sanctioned by government policy, where advertisers are only requested to ask permission before creating a campaign on public property. Often these campaigns work to reimagine or add interest to how the public interact with their environment: in 2013, Volkswagen set up a “fast lane” in an example of experiential guerrilla advertising at VivoCity Golden Village. A slide was placed alongside the stair railings to give people some extra joy as they made their way through the cinema.
The changed perspective of society and the olive branch from local authorities comes at a perfect time, as companies adapt their marketing techniques to an emerging generation  that values their digital world as highly as they do their reality. Marketing techniques such as viral, ambush, ambient, stealth, wildposting, pop-up retail, street and countless others are often intermingled to create the perfect campaign. The new field of creative marketing possibilities is also highly beneficial for artists themselves, as they can source income that pays for supplies while also being commissioned by different companies to express the new direction that street and guerrilla marketing is taking.

Moving in the right direction

The idea behind guerrilla marketing has some similarities to its namesake “guerrilla fighters”;  instead of war, it is art that starts from the position of the underdog and finds unconventional ways to promote a product. Street and guerrilla marketing campaigns usually create a network of aligned work using a creative spark and combine this with modern tools such as smartphones and social media to build an original and innovative promotion. A significant amount of effort goes into making sure that street and guerrilla marketing are cost-effective and easily communicable practices that direct the consumer to a clearer understanding of the campaign.
Street marketing does not have to involve a particularly intellectual or detailed work of art. In fact, street and guerrilla marketing can be as simple as handing out flyers on the sidewalk. The goal for the artists and the marketing team is to tailor the experience to its target demographic. A billboard is readily available and expected by consumers, but the approach of street and guerrilla marketing enables the consumer to spend more time with the ad, meaning that it has a greater influence on the purchasing decisions of the customer. These decisions are often related to societal issues that are currently being addressed, with anti-racist initiatives and the eco-friendly movement being the forefront of these efforts. These attempts at awareness often involve the artists themselves adjusting their choice of medium: the Campaign Against Landmines uses a mixture of grassroot and ambush advertising to touch on the issues of active landmines in 89 countries by cleverly designing a thought-provoking ketchup packet.


There is no key difference between street and guerrilla marketing; they encompass the same principles and work to enhance marketing methods. The key attribute that street and guerrilla marketing possesses is a new approach from a fresh angle that factors in the relationship between artist, society, government and companies – whereas traditional marketing was concerned with mass advertising in the attempt to hurry money out of people’s pockets quickly. Using the various street and guerrilla techniques, whether independently or together, helps brands reach their audience in a more creative way that is shaping the future of marketing. 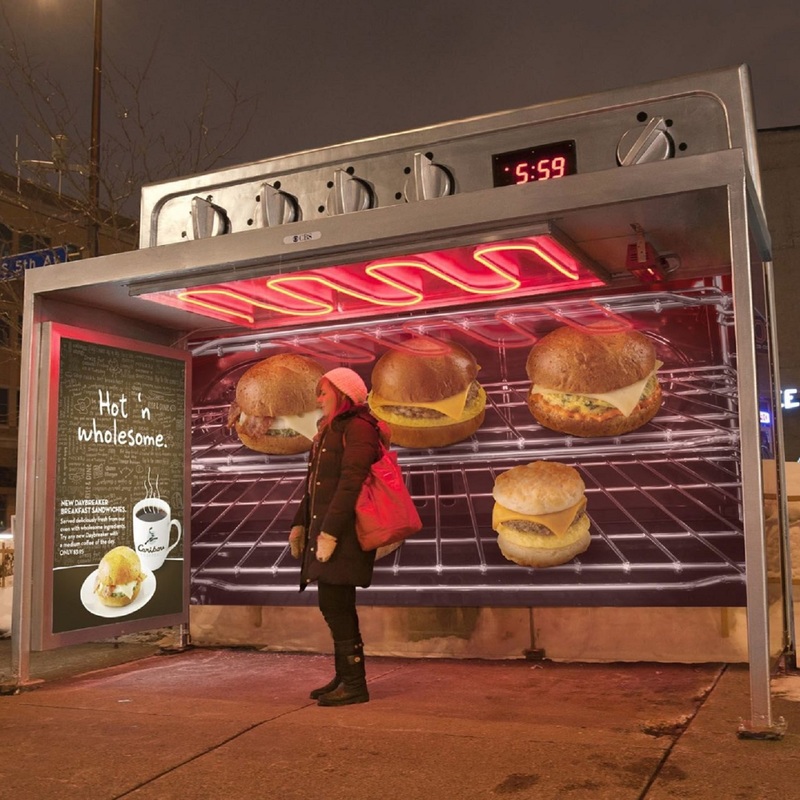 Why would advertisers want to use guerrilla marketing?