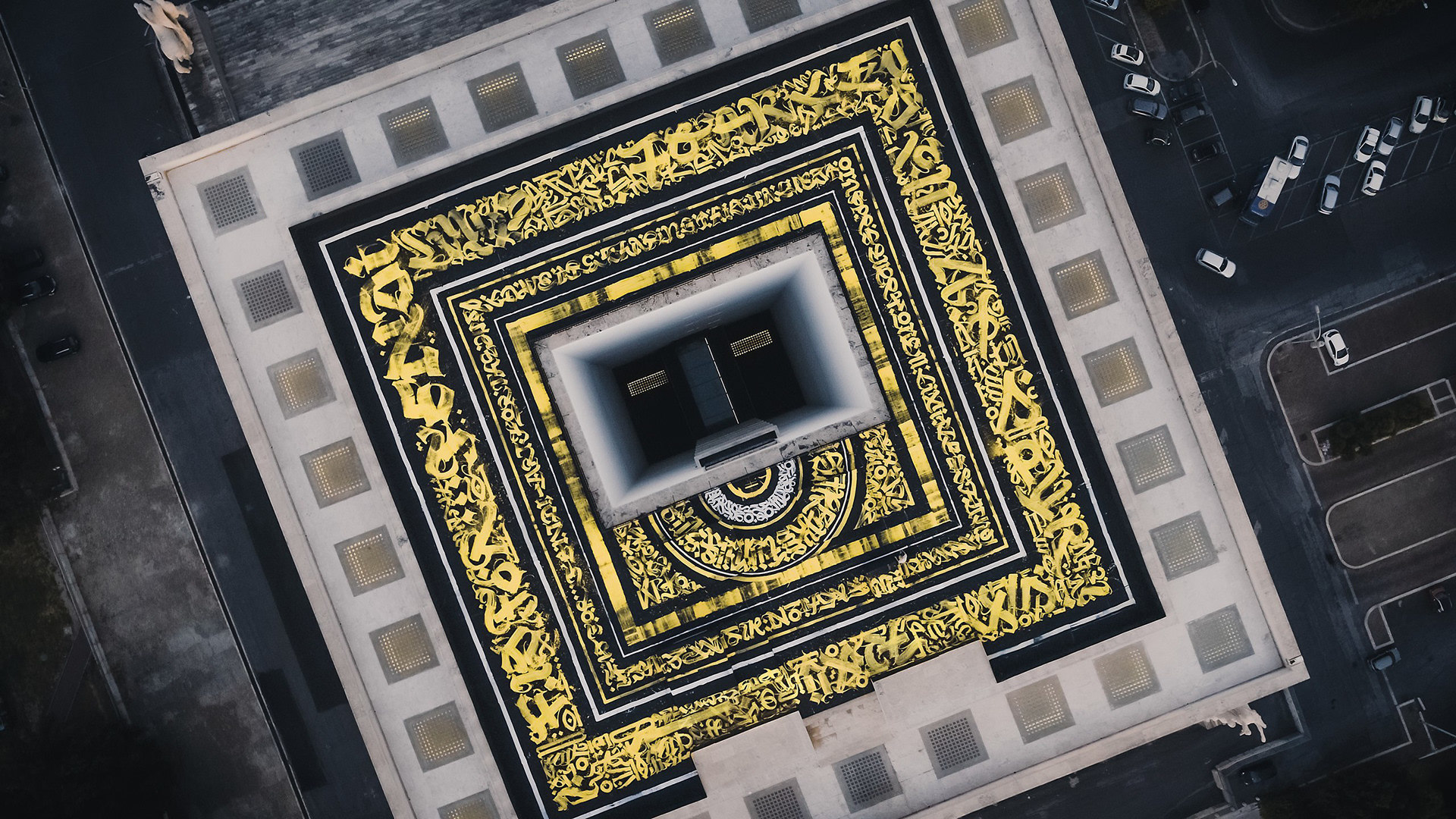 Street art and mural painting as a means of advertising is not necessarily a new practice. For decades, we’ve seen some of the best street art advertising from marketing giants all over the world painted on city buildings. With the advance of technology and the birth of online advertising, the classic form of advertising campaign – the painted urban wall, once extremely popular – seemed to die out. However, it’s making an important comeback. In this article, we’ll show you why linking a campaign to street art is a great way to advertise by highlighting some of the best street art advertising campaigns.
As pop culture and urban art grew stronger together and became closely related, the unfavorable modern stigma around covering public walls with unique painted imagery began to change, with the practice also starting to appeal to brands. The term street art has become a lot broader since going mainstream, and works involving video mapping, light installations, tape art and even yarn-bombing can be considered street art.
A beautiful mural on the side of a building doesn’t immediately scream advertising like a post on social media labelled as sponsored or even a billboard or televised commercial does. It screams art first. It's eye-catching, impressive and most importantly unique and selective, which makes it very appealing for social media content. Not to mention the spectacle of seeing a mural being painted live just around the corner.

The first example of one of the best graffiti advertising campaigns has a special place in Basa Studio’s archive. In order to promote the second season of Netflix’s How To Sell Drugs Online (Fast) (2019-present), a gigantic double-sided mural was raised outside the busy Bikini Berlin, where shopping meets concept.

At first, the massive mural may seem to be a painted street art piece, showcasing a portrait of the show’s main character against a psychedelic background. But take a few steps closer and you’ll notice over 120,000 fake ecstasy pills in different colors, which create the impressive wider picture through a sort of mosaic.
The pills are a clear reference to the show’s plot, which consists of a teenage boy launching an online continental drug business with his best friend. However, the concept behind this installation and the heart-racing process behind its creation go a lot further than ecstasy pills.
This artwork is so brilliantly intricate and methodically created that it leaves a strong impression on its audience. It’s captivating and mesmerizing, impacting us in ways that other means of advertising don’t.

The Rome-based luxury fashion house Fendi was founded almost 100 years ago. Since 2015, their headquarters in the Italian capital has been in the infamous Palazzo della Civiltà Italiana, a symbol of architectural Rationalism and Italy’s past fascist regime. However, Fendi was able to repurpose the building to an extent, turning it into an enormous blank canvas for artists all over the world.

Also known as the Colosseo Quadrato, the building’s perfectly square-shaped rooftop has hosted at least two installations that are undoubtedly some of the best street art advertising and branding out there. In 2017, Russian graffiti artist Pokras Lampas was given the honor of transforming this colossal canvas with his signature style: calligrafuturism, as he calls it. The piece took two days and 500 liters of paint to complete.
“I love the idea of inviting (to the rooftop) young talents from all over the world, and give them the possibility to express any kind of art.” – Cristiana Monfardini, Fendi’s Communications Director

Like Lampas, six street artists received the opportunity to create another piece on the rooftop. They were given the task of translating the word future into their language and incorporating the word into the work. The outcome was to be printed on T-shirts and sold through Fendi’s website.


These works may not necessarily be advertising a specific product, but they are constructing an image for the brand and encouraging people to associate Fendi with new themes. They also represent and amp up the exclusive nature of luxury brands – not simply because the headquarters is in one of Italy’s landmarks, but also by showcasing unique artwork on the rooftop, away from the public eye.


The best street art advertising keeps on reinforcing its rebellious roots. Swedish company Oatly offers an alternative to dairy products, and has found their own fantastic twist on the classic advertising strategies. With anti-marketing as a theme for this campaign, Oatly came up with intelligent, self-aware slogans and copy that make fun of marketing strategies.
Statements like “You actually read this? Total success”; “Maybe a social media celebrity will take a photo of this poster and you will see it on Instagram and like it way more than you do right now”; and “We made this mural instead of an Instagram post” are just a few examples of how Oatly managed to brilliantly insert humor, provoke the advertising industry and make their audience think about issues like social media obsession.
And since Oatly is aware of the importance of street art advertising in marketing, of course they had to make fun of it too. Their gigantic outdoors adverts, disguised as hand-painted murals on the sides of buildings, explain: “We made this ad look like street art so you would like it better.” And you know what, they’re right.

In the age of Instagram, where our attention span lasts no longer than a few seconds, adverts can feel disposable, superficial, and impersonal. With mass distribution through social media being just a few clicks away, the idea of stumbling upon something in real life that is yet to be discovered by the masses feels incredibly exciting and way more personal. It leaves us wanting to be the first ones to share it with the digital world, transforming some of the best street art advertising into part of our own online persona and public image. And even though users may be aware that they’re willingly sharing an advertising campaign with their followers, it doesn’t necessarily feel or come across that way.

The time and effort it takes to create such mural campaigns is also easily recognized. They turn the experience of painting a huge wall into a public performance all can enjoy. People appreciate and are interested in the technique required to create such huge artworks, which often goes unrecognized in fast-paced mediums. This means that the impact of a mural is not only longer-lasting in the physical world; a mural also lasts in the minds of the audience as a work of art. This aspect of street art campaigning makes us more open and receptive to the content being exposed, since it’s not perceived as a targeted ad like the ones we’re used to seeing on our feeds every day. Murals and street art simply feel more organic.


Another Italian luxury fashion house that has favoured murals, creating advertisements around the world, is Gucci. Their beautiful works of art that are so compelling you barely notice they’re actually ads. Much like their competitor mentioned earlier, Gucci makes use of murals to help brand the company and present them as connoisseurs of high-quality art. It’s also not uncommon to see Gucci murals engage in important and serious discussions beyond the realms of aesthetics and fashion.

In partnership with Artolution, a nonprofit organization that uses collaborative art to bring diverse refugee and vulnerable communities together, Gucci unveiled magnificent murals with replicas of community artworks in Milan, New York, Hong Kong, and Shanghai – as part of their broader campaign that also aims to unite forces and fight for equality: Chime For Change. It’s a very smart move for Gucci to engage in social issues through street art, as this genre, if one may describe it as such, is naturally associated with making political statements.


The best street art advertising campaigns today are finding new ways to make an impact. Creativity and technology mean that there’s so many possibilities in street art advertising waiting to be explored – and it’s clear that the benefits are numerous, starting with the costs. The best street art advertising offers campaigns a platform to address broader discussions and encourage the viewer to reflect on what they have just seen or read. Social media advertising may have removed the feeling of exclusivity from online audiences; this in turn makes one-of-a-kind street art pieces even more unique, appealing and valuable, and leads people to share not only the final product but also the process of its creation, unfolding under the viewer’s gaze. 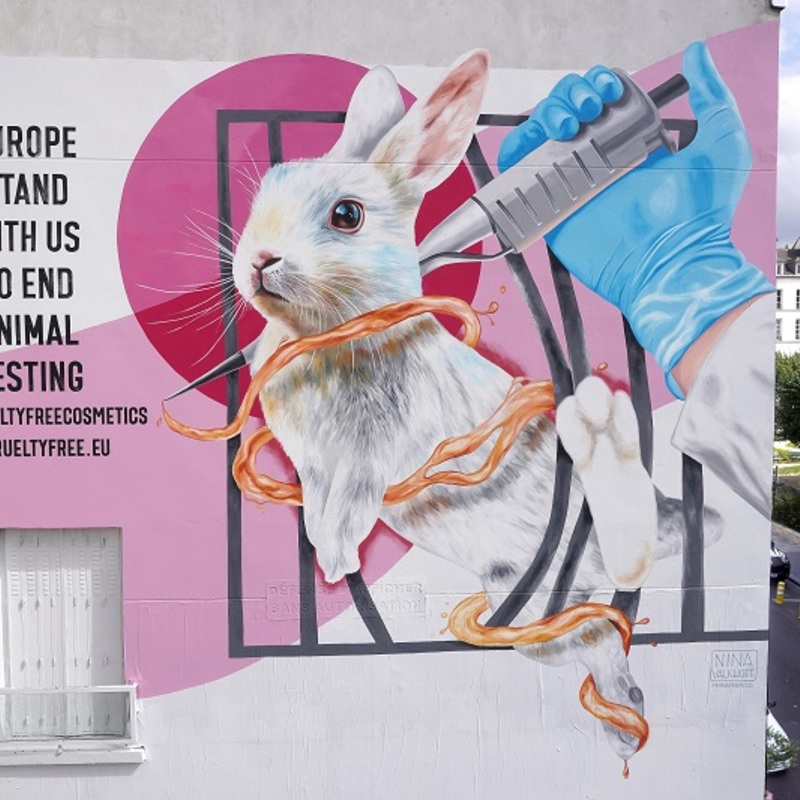